To London and back - My mobile experience

A place to discuss all aspects of amateur radio operation.
Post Reply
3 posts • Page 1 of 1

To London and back - My mobile experience

Long activity report below!
Yesterday I was mobile from Chester to Heathrow (car) and in London centre (handheld) and back again.
It was a very early start and unfortunately I hadn’t had chance to program any repeaters in, so I only had the use of repeaters in my area down to Telford area.
Called both on repeaters and simplex all the way down but got no reply (it was very early for a Saturday!).
The rest of the day fared better, with simplex activity in London, had a couple of nice QSOs with a G station that was visiting from Cumbria. We compared travel plans (as you do).
Later on I worked Jason near Heathrow but began to struggle as I got further away. He had the details of a repeater (GB3AL) on hand and luckily I didn’t need to press too many buttons on the FT-7900 to get the correct CTCSS set. We then spoke until I dropped down the hills on the other side of High Wycombe (M40). I’ll definitely be programming that repeater in for next time!
As I approached Oxford services I briefly spoke with a G7 but he couldn’t hear me very well. After stopping there for dinner, got talking to a station whilst on the M42 near Birmingham. Had a good chat until I approached Shrewsbury on the A5 (impressive for simplex).
After that I was back in the area that I have repeaters programmed for, so tried simplex and repeaters until I got home, but I think everyone had gone to bed as no replies were heard (well past 2300 hours).
There is clearly activity out there! Thank you to those that kept me company on the dark journey home, it made the time fly much faster! 73 from 2E0SEY
Jake
Monitoring 2m simplex, GB3CR & GB7HM(DMR)
Top

Re: To London and back - My mobile experience

Great report. I havent had a radio in the car since I changed cars last year and I never bothered as even though I do a lot of miles, I would often struggle for contacts on both HAM and 11m.

I am sure there are several apps out there to help you find repeaters based on your GPS location. I use one supported by RepeaterBook.com, go to zbm2.com 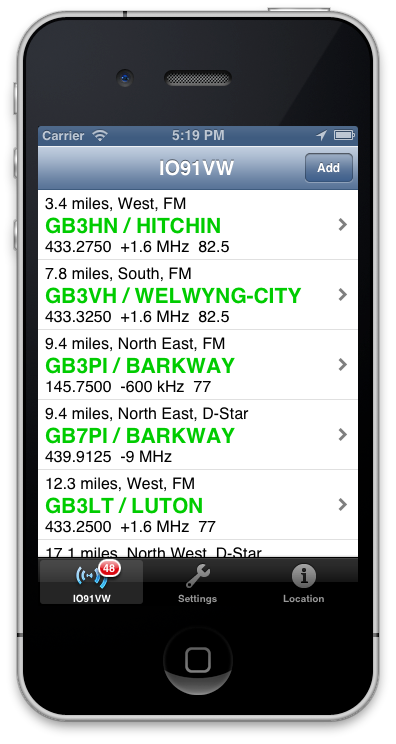 I found it very useful in finding repeaters (but cant help get your calls answered!) and it works offline too.

Next time you're on your travels, let everyone know on here so they can listen out for you or arrange a chat

Re: To London and back - My mobile experience

I just go onto the U.K repeater site.

I wrote a codeplug with all the repeater channels and simplex, then organized them in to zones and saved it so that I can use it again if I need to.
Top
Post Reply
3 posts • Page 1 of 1